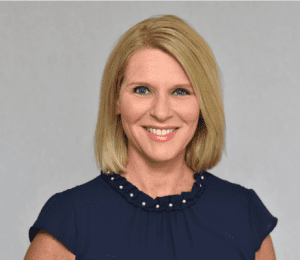 The Hon. Karen Sartain, an attorney in Westhampton, is a licensed member of the state bars of New York and Florida and of the United States District Court for the Southern and Eastern Districts of New York and Southern and Middle Districts of Florida. She graduated from the University of Pennsylvania in 1990 with a Bachelor of Arts in Psychology. Judge Sartain then earned her Juris Doctorate in 1993 from the University of Miami in Coral Gables, Florida. During law school, she interned at the Office of the Public Defender in Miami, Florida and was a volunteer guardian ad litem through the Florida Department of Children and Families.

Judge Sartain continued her legal career as an Assistant Public Defender in the Miami Public Defender’s office. During her time there, she gained immeasurable experience representing Miami’s indigent clients from arraignment through sentencing, including over 40 trials to verdict. After moving to New York in 2002, this experience enabled Judge Sartain to become a Staff Attorney with the Legal Aid Society of Suffolk County. She worked exclusively in the Southampton Town Justice Court representing indigent clients in our community. In 2018, Judge Sartain left the Legal Aid Society to start her own practice, Karen Sartain Law, P.C. She continued defending the indigent clients when appointed by the Court and was a volunteer attorney for the East End Regional Intervention Court (Drug Court).

Judge Sartain was appointed Southampton Town Justice in January 2020. She lives in Westhampton with her husband, Paul, and their two college-aged kids, Shannon and Will.