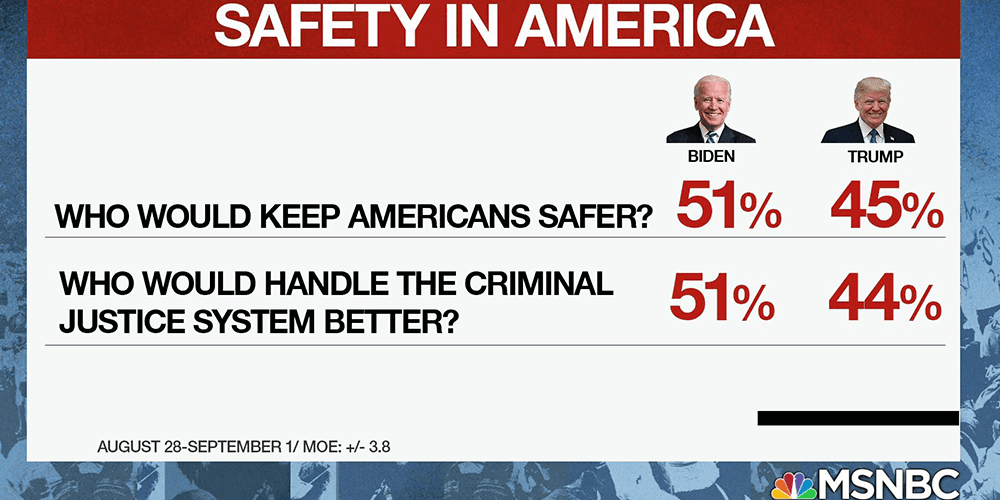 From the Desk of George Lynch: Law & Order

LAW AND ORDER – AN OPPORTUNITY FOR DEMOCRATS

Sep 9, 2020 – Law and order is a good thing.  It’s a big part of why we have a government.  The first duty of government is to keep the people safe from outside invaders, and safe from crime.

So we must have law and order.  Democrats make a big mistake when they speak in any way that seems to attack the idea of law and order.  That won’t work, and it shouldn’t work.

Republicans also make a mistake in talking about this, but their mistake is intentional.  Donald Trump (“I am your Law and Order President”) and his supporters focus narrowly on the disorder that sometimes occurs on the fringes of peaceful protest in the exercise of First Amendment rights.  They beat the law and order drum tirelessly, condemning all protest as the work of criminals and agitators.

Trump and his minions are wrong about most of the people on the street in these demonstrations, but yes, they’re right about a few of them.  But does the law and order conversation end there?

Of course not.  Law and order covers the whole spectrum of human activity.  What about the person who sets off an illegal incendiary device to celebrate an event and starts a fire that consumes thousands of acres, engulfing homes and threatening lives?  Let’s talk about law and order there.

Or what about the guy who maliciously drives his car into a crowd of peaceful demonstrators, injuring and killing people?  Let’s talk about law and order there.

And what about the people who crowd beaches and parties, breaking local law and spreading covid that devastates the community, causing suffering, lifelong disabilities and death?  Let’s talk about law and order there.

What about the guy who takes an automatic rifle and uses it to knock off, say, a dozen innocent people at a school, a church, a mall, or wherever?  Let’s talk about law and order there.

As we all know, this list goes on and on.  This is an opportunity for Democrats, not a weakness.  It’s time Democrats stopped treating law and order as a dirty word and started treating it as the bedrock imperative that it is.  It’s time we realized how much ground WE can win on law and order.  It’s time that Democrats, especially Joe Biden and Kamala Harris, called out Donald Trump, the most lawless President ever, for his foul hypocrisy in exploiting this issue.

But it has to be more than this, we must demand law and order to protect the people from Trump himself – to protect them from the spread of covid abetted by his cavalier attitude toward the virus, from murder by auto arising from his blatant incitement of right-wing extremists, and from AK-45 slaughters caused by Trump’s allowing any guns to anyone, anywhere.  Where it counts, Donald Trump is a rogue President, the antithesis of law and order, and that’s what we need to say, loudly and with specifics.

It will pay off.