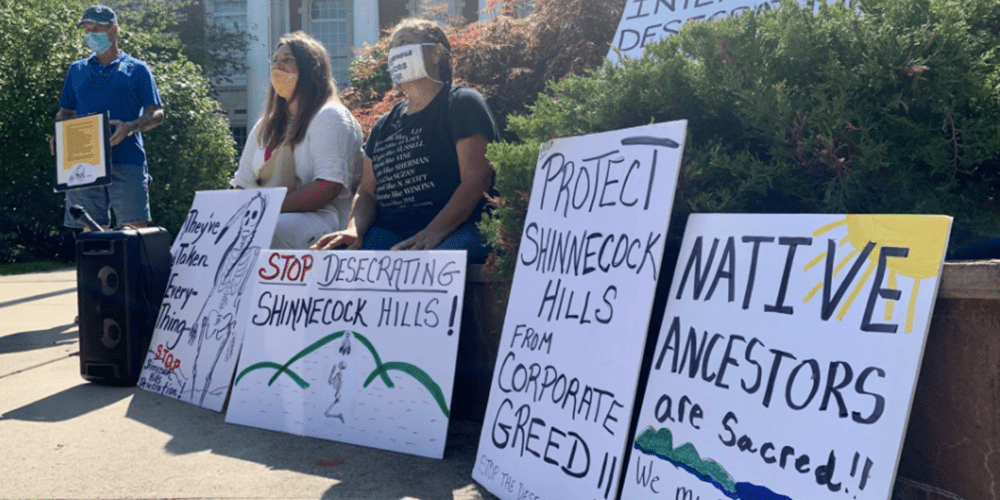 “Protection for Unmarked Graves” establishes a set of protocols if human remains are encountered during construction activities anywhere in the township. Penalties for not complying with the law include a fine of at least $10,000.00 or 15 days in jail.

“We can’t erase 400 years of history. What we can do is move forward with some positive steps to respect the people who were here first,” Supervisor Jay Schneiderman said after the board ratified the law, often referred to as Graves Protection, and then proceeded to enact a six-month building moratorium on building in areas of Shinnecock Hills, the Shinnecock Indian Nation’s ancient sacred burial grounds.

Shinnecocks have long sought to stop building in the Fort Hill and Sugar Loaf areas, as well as other locations where they believe their ancestors are buried. After several failed attempts at the state legislature to pass protection for unmarked graves, Schneiderman took up the issue at Town Hall. He said it became apparent how necessary the law was after human remains were unearthed on a Hawthorne Road construction site in 2018 and there was nothing the town could do to stop work.

New York State is one of only four states that lack any kind of graves protection law.

“The Shinnecock have been saying for years, we need procedures, we need something on the books,” Schneiderman said. “This has been a cry for decades, decades” [more]