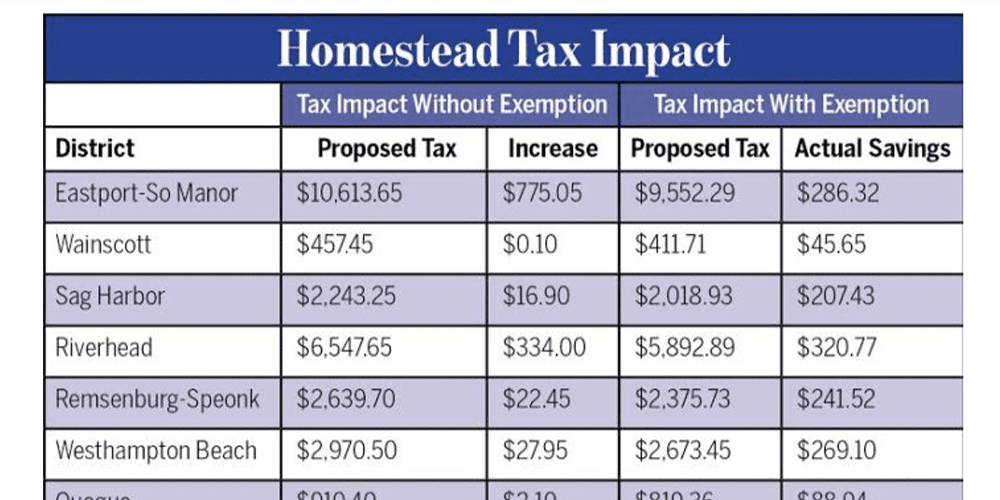 Two measures designed to lessen the burden on local homeowners could provide property tax relief for year-round residents in Southampton Town, if given the go ahead by state lawmakers.

Members of the Southampton Town Board mulled recommendations by a town-appointed reassessment advisory committee at their work session on August 20. The proposals could see tax savings of as high as $400 a year for year-round residents of the Hampton Bays School District, and increases for ineligible second-home owners as high as $775 in the Eastport-South Manor School District.

The two-pronged approach calls for a cap on reassessments, limiting them to an increase of 5 percent in a year, while a second proposal, a so-called “Homestead Tax,” would offer primary homeowners in the town a $50,000 reduction in their overall property assessments.

According to State Assemblyman Fred W. Thiele Jr., who would carry the request for enabling legislation to Albany, the proposal shifts the tax burden away from primary residents to second-home owners, and to businesses, who would end up paying higher taxes [more]