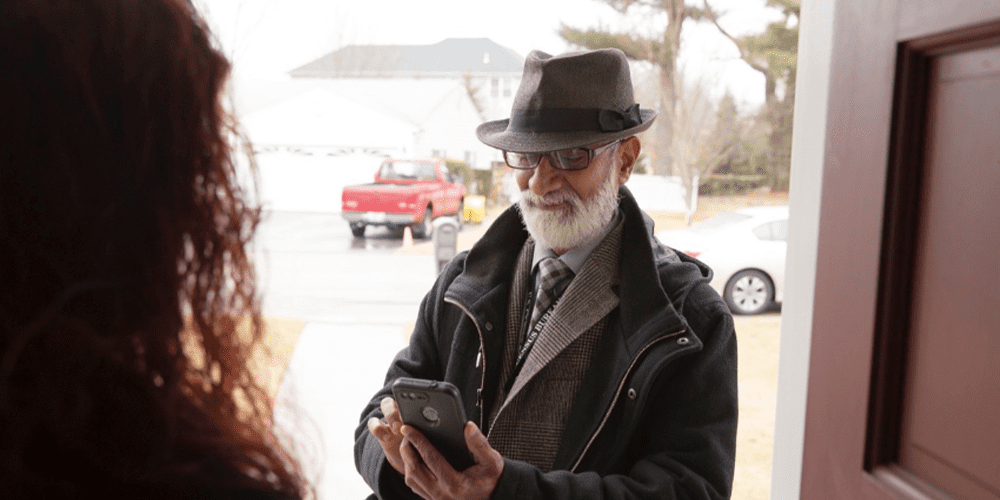 United States Census Bureau workers began going door-to-door on the South Fork last week as the nationwide population survey finally began the in-person phase of counting the populace, after months of delays due to the COVID-19 pandemic.

With a truncated timeline and rates of “self response” thus far low on the East End and in many rural and resort communities around the state, census officials are hoping that the traditional front porch visits from census “enumerators” will quickly boost tallies with deadlines already looming.

Local organizers of minority populations are also scrambling to boost the response rates within certain sectors of the population that are historically under-counted after carefully formulated strategies for rallying communities were upended by the epidemic and social distancing protocols.

“Pre-COVID, we did a lot of presentations at the libraries and food pantries and announcements at church services and we had posters made to go up at businesses,” said Sandra Dunn of OLA Eastern Long Island, a Latino community advocacy organization that has partnered with the Census Bureau to drive census participation across the entire East End. “But with COVID and the unemployment and health concerns, this has not been at the top of a lot of people’s minds. It’s been a tremendous obstacle.”

As of this week, only 30 percent of homes in East Hampton Town and about 37 percent in Southampton Town have been tallied via the self-response program — which this year included an online option for the first time — leaving large numbers of homes on the list of addresses that must be visited by the boots on the ground, with now less than seven weeks before the September 30 deadline [more]