Hit enter to search or ESC to close
News

In evaluating the two candidates for Southampton Town supervisor, a key issue is essentially off the table: both the incumbent, Jay Schneiderman, and the challenger, Ray Overton, have made clear that they support “The Hills at Southampton,” a proposed golf course and resort housing development in East Quogue. It’s the biggest wedge issue in this year’s campaign, but not at the top of the ticket.

So voters have to look at more traditional ways of evaluating the race. The two candidates have some differences on the issues, but they’re mostly a matter of emphasis. Mr. Schneiderman, for example, is fully committed to a public transportation solution to the thorny traffic issues plaguing the town, while Mr. Overton argues that the “trade parade” only will be tamed, to a noticeable degree, with more lanes of travel and new routes.

But this disagreement is instructive. Mr. Schneiderman, when he was a Suffolk County legislator, helped deliver additional lanes on County Road 39, but he acknowledges the reality today: There’s no place to put all the traffic. Pressed for details, Mr. Overton seems to acknowledge that more lanes along Montauk Highway, through the heart of Water Mill and Bridgehampton, would be impossible, so any new lanes would have to come on the back roads that currently serve to catch overflow—or as new roads. Neither seems like any solution at all, in a practical sense.

With affordable housing, the incumbent sees accessory apartments as a solution, while the challenger prefers to talk about adding apartments to commercial properties. In truth, both have to be elements in the long term. Beyond those issues, there was little separating the two candidates.

Mr. Overton, a Westhampton native, served a term as a Town Trustee and is well-informed, personable and engaging. He stepped in for the unenviable task of challenging Mr. Schneiderman this year, and he’s been a solid candidate who has helped keep the western communities, and the issues therein, on voters’ minds this campaign season.

Ultimately, though, Jay Schneiderman is a clear choice for reelection. His energy is limitless, and his analytical approach to his job generally serves him well, though serving as midwife for The Hills hasn’t been his finest hour. But he has made savvy choices for police chief, stayed the course on the reorganization of Code Enforcement and has generally provided a steady hand at the helm.

One concern: His recent party switch, from Independence Party to Democrat. As much as he downplays it, the move hints that he’s looking ahead to the next step. Will it come as early as 2018, with a run for another office? He said he’s not planning a run next year, but added, “I’m preserving my options.” Buyer beware.

It’s remarkable how far Julie Lofstad has come in two years as a member of the Town Board, and as her first reelection bid arrives, she’s the easiest choice on the ballot. Any hint of timidity is gone: Taking a stand on the most difficult decision a board member has faced in years, she stood on principle and has endured gale-force winds attempting to sway her. Ultimately, she’s been targeted in this race, in ways both fair and shady, as proponents of The Hills hope to turn next week’s vote into an unofficial referendum on the project. If it means taking down a woman who has done her job so well, it would be a pity.

Republican incumbent Stan Glinka is a good man who loves his community, is a dedicated Town Board member, and—it must be noted—likely will win reelection next week easily. That’s not a bad thing. But Democratic challenger Tommy John Schiavoni has made the stronger case during this campaign.

Mr. Glinka and his running mate, Thea Dombrowski-Fry, were lackluster throughout the debates and conversations leading up to this year’s vote, offering platitudes more than substance, and occasionally less: Mr. Glinka can reasonably defend his decision not to take a public stand on The Hills, with the application in front of him, but Ms. Dombrowski-Fry simply cannot. Neither has offered a clear vision for the town’s future.

Mr. Schiavoni, on the other hand, was informed, had specific ideas and, most important, brought an energy to the debate. His pet issue, tick-borne illnesses, wasn’t chosen lightly: He’s been studying the issue in depth for a long time, and it’s one that touches many families. Having held several other public service positions, it’s time to let him have a seat at the table at Town Hall.

Rare is the race where the challenger has, arguably, the more complete resume for the job. But Lance Aldrich and his 32 years of experience in the Southampton Town Highway Department make the Republican candidate exceptionally qualified to run the departmentand he should get the chance.

That’s not to say that Alex Gregor, who has held office for eight years, hasn’t done a fine job. The Independence Party member exceeded expectations in the way he’s managed the department, especially through some difficult storms and tough winters. He’s made the best of limited resources, and he continues to study best practices when it comes to managing the town’s roads.

But he’s also met expectations in another way: His abrasive manner was a concern when he first ran, and it has shown up frequently during his tenure in office. Other town officials frankly admit to avoiding interactions with him, and that cannot help his department. It’s almost certainly hamstrung his efforts to get more funding, which he deserves. By doing so, he’s hurt not just himself and his department but town residents. Likewise, there is strife in his department, and he’s done little to repair it, and his style has dampened the cooperative spirit in other departments, and even in governments outside Town Hall.

He’s had a good run, and there’s no reason to belittle the job he has done. But Mr. Aldrich is a challenger with institutional knowledge and a manner that suggests he’ll be a partner rather than an adversary, both within and outside the department. One proviso: Mr. Aldrich was part of the Highway Department at some very low moments in the past, when it was poorly run and much more political than it has become under Mr. Gregor. Should he win, the onus is on him to guard against a backslide.

In politics, there frequently are races a party cannot win, and party officials know it. Still, they put up someone to fill the slot on the ballot, hoping to snag votes based solely on party affiliation.

That’s the case with the Suffolk County Legislature seat that’s on the ballot this year. Don’t be fooled: Bridget Fleming isn’t unopposed, exactly, but she might as well be. That’s disrespectful to the process and shouldn’t be rewarded with a vote. As it happens, Ms. Fleming has had a solid first term in office and fully deserves to be returned to the job. Voters should support her reelection bid on principle, party be damned. 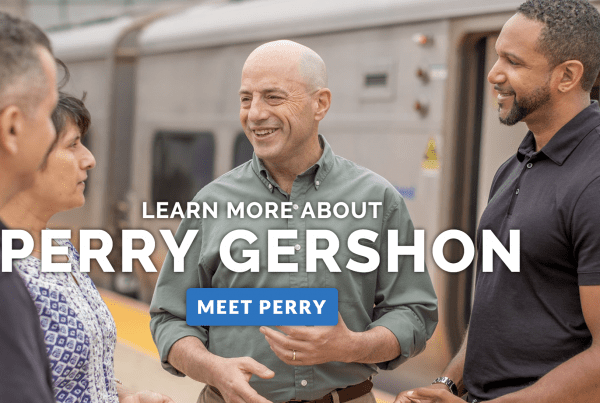 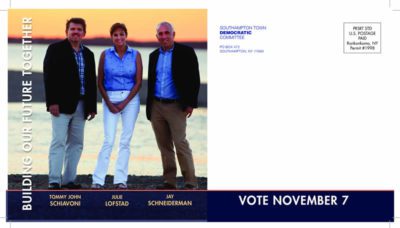 Building Our Future Together